A special target has been self managed funds, with sensational headlines about all the millionaires who are holding large sums in super.  As the chart below shows, there are 545,000 SMSFs currently operating, and 479,600 of these – that’s 88% – have balances of less than $2 million.  And think again if you think $2 million is excessive.  Unless you’re a very experienced investor, you could be hard pressed to make that last for 35 years after retirement, given the amount would make you ineligible for any sort of welfare. 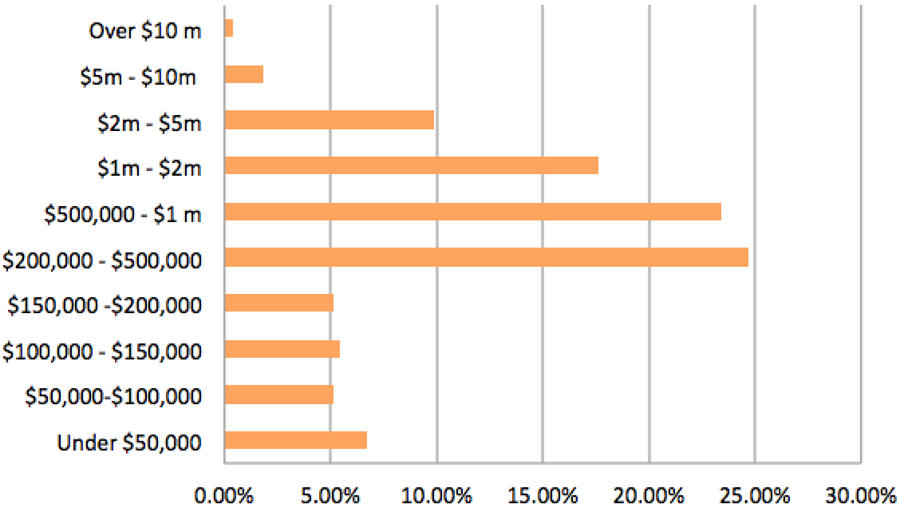 But here’s the rub – the politicians are an exempt species.  In one of the Sunday papers, it was claimed that ex Treasurer Wayne Swan will be eligible for an indexed income of $270,000 a year when he leaves politics.  If you wanted to buy that sum as an annuity, you would have to hand over at least $6 million.  In other words, it’s OK for the politicians to have superannuation with an equivalent value of $6 million, but not anybody else.Wayne Swan is aged 60 now, he could retire tomorrow and access all his super – the normal preservation rules don’t apply to him.